I had been in Myanmar for about three days when I suddenly realised I wasn’t sure I’d seen a school-aged boy dressed in regular clothes. I had seen plenty of young boys around, but they were all dressed identically – sporting dark red robes and shaven heads. They were, of course, the monks.

As we had begun our journey in Mandalay, which was described as ‘the capital of finishing schools for monks’ by our guide, we got used to seeing hundreds of monks every day. We saw them regularly carrying their alms bowls collecting food for their lunch, which is donated by the local people; we would see them on the back of mopeds, walking through the streets using their mobile phones – we even spied two adolescent monks sharing a cigarette as the sunset from a temple perched on Mandalay Hill!

And it’s a beautiful sight to behold. From the old to the young – there’s just something about seeing a bare-footed red robed monk crossing a temple that completes the picture.

But it was after taking a gorgeous, scenic river boat ride for an hour along the rural countryside of Hsipaw (about four hours north of Mandalay) where I was to have my most magical monk moment. After getting out of the local-style boat we clambered up a luscious green hill, past corn fields and banana plantations, which have thrived in the recent rain and made me feel like I was cutting my way through wild, undiscovered jungle. We powered on for about 45 minutes until we reached our destination; a fairly isolated monastery that mainly looks after novice monks (or monklets as I like to call them!)

As we approached the monastery we could hear children chanting and shouting from across the courtyard.

“They’re in the classroom,” explained our guide. “Step in and take a look. Just make sure you take your shoes off.”

Almost unable to contain my excitement, I skipped over to the other side of the courtyard, and peered into the dark ‘classroom’. Open on one side, it was more of a cool, dark shed and as I let my eyes adjust to the dark, I could see the little monks totally absorbed in their studies.

But they weren’t just quietly studying. They were shouting and chanting in that way that only children can – as they got more enthusiastic or confident in their verse they would get louder and louder, like the way you hear little children shouting the alphabet with pride when they’ve mastered it. But they were not in unison, they were all shouting different things, whilst two little monks stood at different black boards with sticks pointing at various words. (As an aside, Burmese might just be one of the prettiest looking languages on paper – it is a beautiful script, very round and curvy.)

Meanwhile, the monk master of the classroom, a content looking man in his 50s, sat on and watched their progress. Reclined in his seat he watched each one them, with a sense of peace that I’m not sure is ever seen in a British school classroom, as they practised the scriptures – totally oblivious to me, sat cross legged at the back of the classroom.

I tiptoed out so as not to disturb them and we made our way into the monastery for some bottomless cups of green tea. As we sipped our tea one of the older monks rose to his feet with a bell in his hand – which was really more of a gong hanging on a thick piece of rope. As he hit the gong with a rod, it span around furiously on its string, the deep sound resonating through the walls of the monastery. The monk slowly paced through the temple, striking the bell, until the baby monks started running in. Lunch time for the monklets!

It was only 10am but the monks here have a very different routine; they are up at 5am for a meditation and prayers, then breakfast before they go to collect their alms (lunch from the nearby villages), and then they study. Lunch is served at 10am and then that’s it… No more food for the rest of the day. No wonder the novice monks were running in! While they waited for the others to assemble, some of the monks played with a red toy car, pushing it along the floor as they followed on their knees and hands, making ‘brum brum’ noises with their mouths, just as any child their age in the UK would do.

Myanmar soon faces an election, which many hope will bring much needed change to the country. Almost everyone we have met has said how terrible the health care and education system is here – and in a country which spends more on defence than education and health combined that is hardly surprising. But for now the monasteries are providing some of the best education in the country, many have told us. And to be a monk is one of the most important and respected roles in this Buddhist country.

Our guide explained that while some monks are orphans and will spend their whole childhood in the monastery others are here for much shorter periods of time – a few weeks even, because every Buddhist Myanmar male must take up temporary monastic residences twice in his life (once as a novice between the age of 10 and 20.) We met one man who told us he had served as a monk on 12 occasions and how much he enjoys it. He said when he first went, aged five, he cried the whole time and went home after a few days – but it was something he grew to love as he got older. Today he loves going to the monastery for a couple of weeks, or however long he can take off from his ‘busy life’ so he can meditate and learn more about the practises of Buddhism, surrounded by experts and world-class teachers of the religion. Today he is married with a child but he hopes to have permission from his wife to enter the monastery for a week or so next spring when work is quieter so he can re-set his mind and focus on meditation. When he does, he will shave his head, acquire a red robe, and sit with hundreds of others in peaceful meditation.

As I watched the little monks playing with their car, I suddenly realised just how lucky they were. They were not missing out on their childhood at all, but just growing up with different values to what is ‘normal’ to us in the west. They are surrounded by so much love and support – not just at their home – but with their new families in the monastery…. dozens of new brothers and fathers. The monastery becomes their second home they can always come back to. I’m sure not all men grow up wanting to return to the monastery but in that moment, sitting in the isolated monastery, a jungle trek and boat ride away from the nearest town, encouraging your child to be completely selfless and to spend some time in a monastery seemed like a wise and beautiful move.

PS If you are looking for things to do while you’re here take a peek at my Top 5 Things to do in Mandalay post. Or if you need any help at all planning your trip to Myanmar (Burma) don’t hesitate to contact me at Fleewinter  or via my contact tab here – I specialise in putting together private, tailor made holidays around Myanmar. 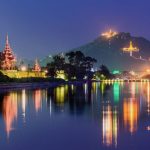 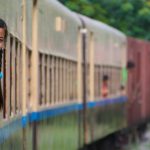